First of all, you cannot completely get rid of cellulite. I dont say that to discourage you but rather to encourage you. The reason being that all women have it, even supermodels! Thats right, even the woman who makes Supermodels out of mere mortals, Tyra Banks has admitted to having cellulite.However don't fret. Here are 5 Simple Tips you can use to smoothe it out.Simple Tip #1: By working out. Your best bet is to combine cardio training with strength training ...

How To Get Rid Of Cellulite: 5 Simple Tips

First of all, you cannot completely get rid of cellulite. I dont say that to discourage you but rather to encourage you. The reason being that all women have it, even supermodels! Thats right, even the woman who makes Supermodels out of mere mortals, Tyra Banks has admitted to having cellulite.However don't fret. Here are 5 Simple Tips you can use to smoothe it out.Simple Tip #1: By working out. Your best bet is to combine cardio training with strength training to hit it with a double whammy. Running and stair climbing should be a big part of your cardio for targeting cellulite. As far as the strength training, you want to build muscle in the areas that are most likely going to be affected, such as the butt, the thighs, and the belly. Squats, leg curls, sit-ups, and reverse sit-ups are your very best bet. Simple Tip #2: You must drink plenty water! About 1 - 2 litres a day to flush out toxins that can cause cellulite. Fat cells surround toxins as a way of protecting your body. One way to lose the fat cells that surround the toxins is to lose the toxins of course. Also, staying hydrated is important to the appearance of the skin, keeps the muscles fuller, and of course flushes the system. Simple Tip #3: Body brushing helps. Its very simple. The best place to do this is in the shower since youre already naked anyways. You want to brush in circular movements upwards towards the heart. This promotes circulation and blood flow, plus a detoxifying affect since it stimulates the lymph system. Simple Tip #4: Eat plenty of green vegetables such as broccoli, which is great for de-toxing. Obviously, entire books can and have been written about diet so I cant go through it all here, but the best diet for cellulite and fat reduction is one made up mostly of vegetable, particularly raw ones. Okay, Tip 5 is not soooo simple. Not so Simple Tip #5: After trying exercise and a good diet without positive results in losing cellulite dimples, the last resort is through lipsosuction. There are some creams with caffeine in them that may mask the cellulite appearance, but surgery is usually the last resort effort. The downfall being that the cost is usually at least $5000 on up. Bonus Tip#6: Become happy with yourself the way that you are. Read self-help books, or see a therapist. There's no better feeling than being happy with yourself. Go grab the great book "Psycho Cybernetics" and apply what you learn to developing killer self-confidence. Cellulite may just be the least of your problems on the grand scale.

The Healing Continues: What Do I Do Now After Drug Rehab? 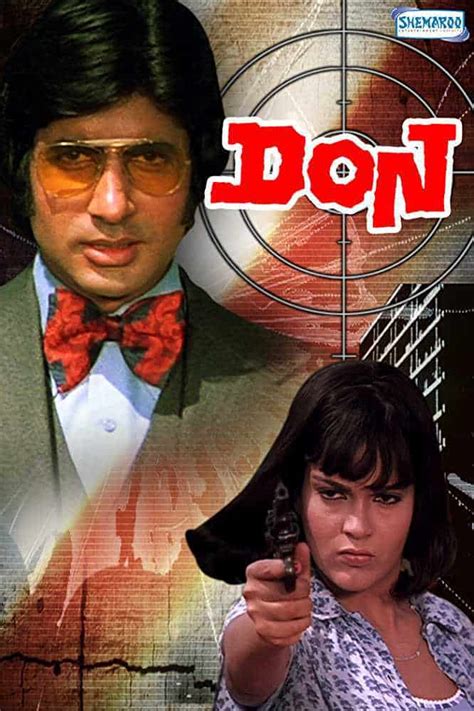 Imagine a headache so bad that the slightest noise or glimpse of light will increase the already intense pain and nausea you are experiencing-and your only refuge is to lie down in a quiet, dark room. This may be what it is like if you are a person who suffers from migraine headaches. Migraine headaches affect millions of people in the U.S.-including one of the nation's most famous TV and film actresses, Marcia Cross.More than 28 million Americans suffer from migraine headaches, which affect three times more women than men. If left untreated, migraines can disrupt your life, even making it impossible to participate in daily activities. Fortunately, Marcia was quickly diagnosed when she saw a doctor-likely because she experiences classic migraine symptoms, including nausea and visual disturbances known as aura. Yet, despite her quick diagnosis, Marcia struggled with her migraines for years because she was unable to manage them effectively. On one occasion, the pain was so bad that she ended up in the emergency room. Then, about 10 years ago, she finally found relief. While on the set, she experienced a migraine headache so bad that she had to be driven home. "Fortunately, a woman on the set who also experienced migraines told me about how she found relief with a migraine-specific treatment called Imitrex [sumatriptan succinate] Tablets," says Marcia. "That was a turning point for me. I visited my doctor again and he prescribed it for me, too. It worked for me and I have been taking it ever since."Since then, Marcia has also learned more about her migraines, and how stress and certain foods can trigger them. Now, while migraines are still part of her life, they don't control it. "I'm not afraid of them anymore-I know my triggers and how to avoid them. Even so, I still may get a migraine from time to time, so I carry my prescription migraine medicine at all times. I take it at the first sign of migraine pain, so I can get back to my life," says Marcia.Today, Marcia Cross is speaking out about her own struggle with migraines with the hopes that her efforts will help other migraine sufferers see a doctor to get the help they need. "I struggled for several years because, at the time, there was nothing that helped me with my migraines," says Marcia. "But today, there is no reason to suffer. There are effective migraine-specific medications that can help manage your migraines. But the first step is to talk to a doctor and get diagnosed."Diagnosis sounds simple, but it can be a real challenge for migraine sufferers. In fact, nearly half of all people who suffer from migraines are undiagnosed. Migraine symptoms can vary from person to person and from attack to attack and many people don't experience the classic migraine symptoms-making diagnosis more difficult. Misdiagnosis can be a problem for migraine sufferers, too. Migraine pain can occur on both sides of your head, and can include additional symptoms like a runny nose, sinus/face pain and pressure, and neck pain. Because patients don't commonly associate these additional symptoms with migraine, many people may be misdiagnosed with tension or "sinus" headache. This presents a real problem, because misdiagnosis of migraine as "sinus" headache can lead to unnecessary expense, including tests, medications and sometimes even surgery. This can also delay the relief of pain for migraine sufferers. What You Can DoIf you suffer from frequent bad headaches, there are simple steps you can take to get the help you need. Learning to recognize and explain your symptoms is the first step. Migraine sufferers who are able to accurately report their symptoms are more likely to obtain the proper diagnosis. Because symptoms can vary from attack to attack and person to person, it can seem challenging to know what kind of information to share with your doctor. But there are tools that can help. "One tool that can help you relay what you are experiencing is the Headache Quiz, available at www.headache quiz.com," says Marcia. "I encourage anyone suffering from frequent bad headaches to take the quiz and talk to their doctor about their results. Once they get the right diagnosis, they can get the help they need."Important Safety Information About Imitrex Imitrex is approved for the acute treatment of migraines with or without aura in adults. Patients should not take Imitrex if they have certain types of heart disease, history of stroke or TIAs, peripheral vascular disease, Raynaud syndrome, or blood pressure that is uncontrolled. Patients with risk factors for heart disease, such as high blood pressure, high cholesterol, diabetes or being a smoker, should be evaluated by a doctor before taking Imitrex. Very rarely, certain people, even some without heart disease, have had serious heart-related problems. Patients who are pregnant, nursing or taking medications should talk to their doctor.

The Myth of Mental Illness

The coffee table talk goes very low when you whisper, "yeast infection", but the body screams RELIEF NOW! A trip to the doctor, adverse side effects and nothing natural would be the next thought. Can there be a natural solution to a disease that each woman will suffer at least twice in her life?Yeast infection is like a ghost waiting to scare young and older women when their body becomes out of balance due to stress, dubious partners, hormonal changes and/or immune system weakness.A few women will elude this voracious monster but unfortunately most will be frightened at least twice in their life and others will live with a chronic reoccurrence of "yeast infection" .The most important message is to recognize the yeast infection early and try an available natural remedy that you can use in the comfort of the home that is safe and no prescription required.Natural antibiotics are always a choice that should be taken over a prescription if possible. Colloidal silver has been a patented drug and then relabeled a natural supplement. Oregano oil is also a natural antibiotic.In addition to "natural antibiotic" s there are two other home remedies that have been used to control yeast infection, yogurt insertion and tea tree oil. The body will always respond quicker to a natural solution and return to a healthy state if it doesn't have a compound job to do. The dual duty of the immune system would be trying to rid the body of an invasive disease while expelling man made toxins in prescription drugs that usually cause unbalanced ph in the blood and immune system.Natural antibiotics and home remedies are not in any way the answer to all medical problems and do not take the place of a medical doctor. However taking care of your body and boosting your immune system to support good health is your everyday job. Only you know that responsibility best.The World Wide Web has become a highway to a library of testimonials for natural disease remedies. There is an effort to suppress all natural vitamin, herbs, minerals and home remedy practice. We are a voice crying RELIEF in cyberspace from the proven archives of our word-of-mouth ancestors. We practice freedom of speech, and deny that these references are an attempt to diagnose or treat any disease, symptom or individual.

First of all, you cannot completely get rid of cellulite. I dont say that to discourage you but rather to encourage you. The reason being that all women have it, even supermodels! Thats right, even the woman who makes Supermodels out of mere mortals, Tyra Banks has admitted to having cellulite.However don't fret. Here are 5 Simple Tips you can use to smoothe it out.Simple Tip #1: By working out. Your best bet is to combine cardio training with strength training ...